I sat in a C-130 plane transporting remains of lost service members in August of 2007. I was on the tail end of a month long tour of the Middle East entertaining troops. That late night into early morning the universe took on a silence I can still feel to this day.

As I sat for 5 or so hours with American Flag draped coffins, I realized how precious life really is. I reflected on all I’ve been able to do since I wore a uniform. The time that has passed and the value life has gained with that time. Time that whomever was in those Flag Draped coffins no longer had.

I did not know their branch of service, their gender, age or final destination to be laid to rest. What I do know is what they sacrificed. Who they made that sacrifice for & most of all why. I know it in my bones and have never been the same since.

That part has not always been easy. Maybe it’s a dramatic nature, empathy or just life, but they never really leave me. I’m not haunted. I’m aware. Very aware how precious life is. How fortunate mine has been and I often wonder why? I ponder once in awhile about why. Why am I still trotting about when others are not. I’m no better than anyone. Especially those who we shared that plane ride with. Why am I living a pretty amazing life?

My answer is because of individuals like them. Individuals who made the ultimate sacrifice. I participated in the removal (from the plane) ceremony. Standing at parade rest in muster with active service members. When the caskets draped in our colors came within view we all snapped to attention. It was the 1st time I’d done so in over a decade. It also took on a new meaning that very second.

In a way Memorial Day is daily for me. For many no doubt. It’s a precious thing… This life. You don’t realize how precious life is until you live one. I’m still living. Thank You The Fallen 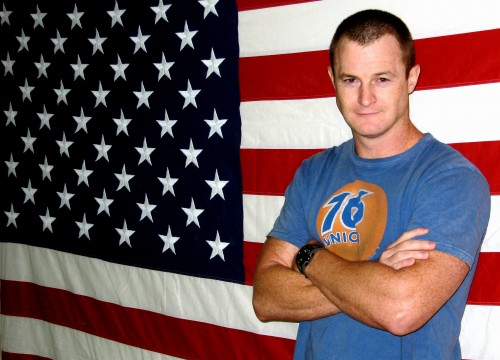