PJ Walsh is known as one of the hardest working comedians behind the microphone, and for good reason. His boundless energy and the strength of his physical comedy have carried him around the globe, from the Winter Olympic Games in Salt Lake City, to over 20 overseas tours for U.S. troops in several countries including Iraq & Afghanistan. PJ’s years touring with the stars of the Blue Collar Comedy Tour found him performing on celebrated stages including Radio City Music Hall, Universal Amphitheater and the Ryman Auditorium.  A successful show on Sirius Satellite radio and a role in the Lionsgate feature film “Delta Farce” followed.

With a vision in mind, PJ stepped out of the stand up comedy spotlight to complete two years of intensive training at the prestigious William Esper School of Acting in New York City. Upon completion of school, he set his focus on his vision of a solo show recounting his true-life journey.  “OVER THERE: Comedy Is His Best Weapon” has been called “Fantastic, heartfelt, hilarious” by Nytheatre.com and chosen “Best” of both the Hollywood Fringe Festival and the San Francisco Fringe Festival.

A veteran of the U.S. Navy, PJ partnered with H. G. Fairfield Arts Center for the Environment Inc. A non-profit organization established by Marine & Korean War veteran Katherine Fairfield Freston, for “Courage Continues At Home – 30 Shows In 30 Days” and performed 30 one-hour, stand-up comedy shows throughout the Hudson Valley, New York region.  An initiative that focused on “service reciprocated” and raising funds for food, clothing, shelter, and medical attention for local veterans and their families. He was chosen as one of 12 International “Tier 1” operators included in the highly successful “Medal of Honor: Warfighter” video game.  Continuing in his storytelling fashion, PJ completed the original screenplays “Grandmaster Flashback” and “The Friend Zone” with writing partner Alexa Fitzpatrick.

PJ represented the Navy in 2014’s “Pin-Ups For Vets” calendar benefiting hospitalized Veterans and visited 16 countries entertaining our service members. In 2015 he performed in Japan, Korea, Okinawa and returned to the Middle East including the USS Theodore Roosevelt in the Persian Gulf. He was selected for Gilda’s Laughfest’s Clean Comedy Showcase, where he also presented a talk about the impact humor has on life and health in their LaughfestRX series. PJ was also a featured competitor on the NBC hit show American Ninja Warrior.

When not headlining comedy venues across the country, PJ is committed to raising funds and awareness for veterans and their families. The successful non-profit World T.E.A.M. Sports invited PJ to take part in their 2015 “Adventure Team Challenge” as the celebrity member on the Marine team. A team of five including two athletes with disabilities, one being a wheelchair user, work together through two long days of orienteering, mountain biking, hiking, ropes and water events. The teams are challenged at all phases. Every person who participates in this event walks away with a new perspective.

In 2016, PJ has continued his relationship with World T.E.A.M Sports by participating in their annual “Face Of America” 110-mile bicycle and hand cycle ride from the Pentagon to Gettysburg honoring injured military veterans and will  be returning in September to the Marine team for Adventure T.E.A.M Challenge. He also is on the advisory board for The Armed Services Arts Partnership,  a non-profit offering classes, performance and partnership in the arts for veterans, active duty service members and their families. This year PJ has been included on the HillVets list of the 100 most influential personalities on veteran issues and placed #1 on The Laugh Button comedy website’s list of veterans turned stand-up comedians. 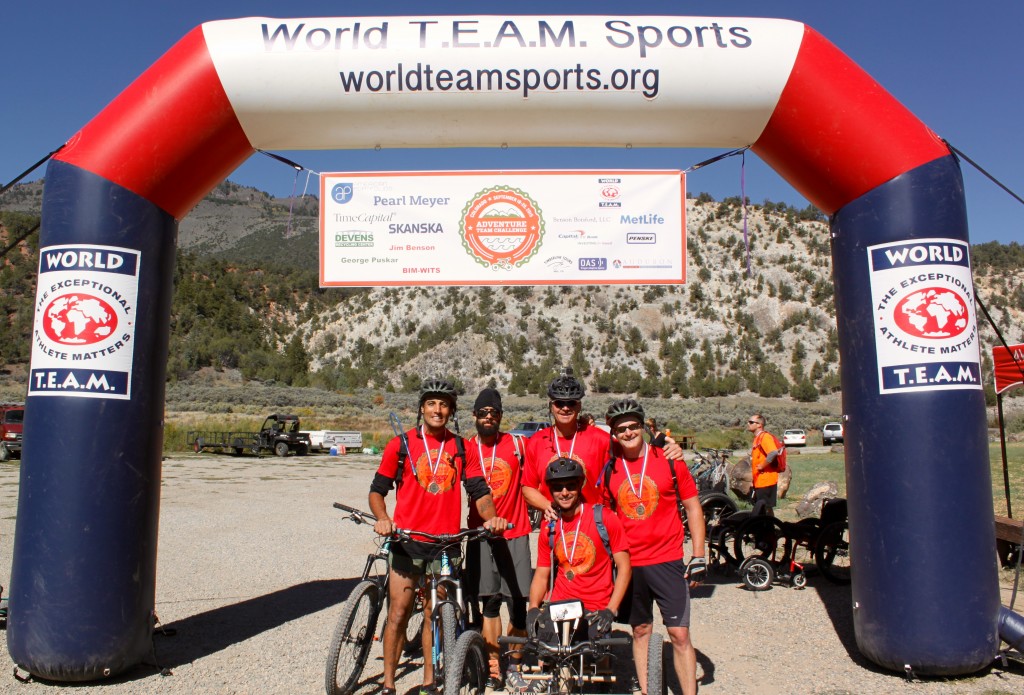